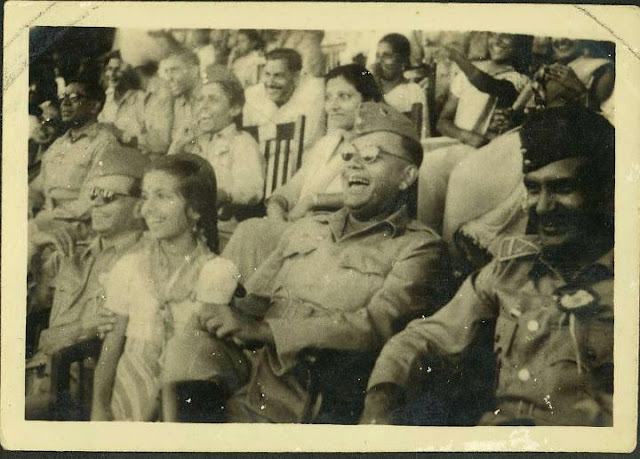 A Hindu ascetic with His Full Traveling Equipment - 1940's 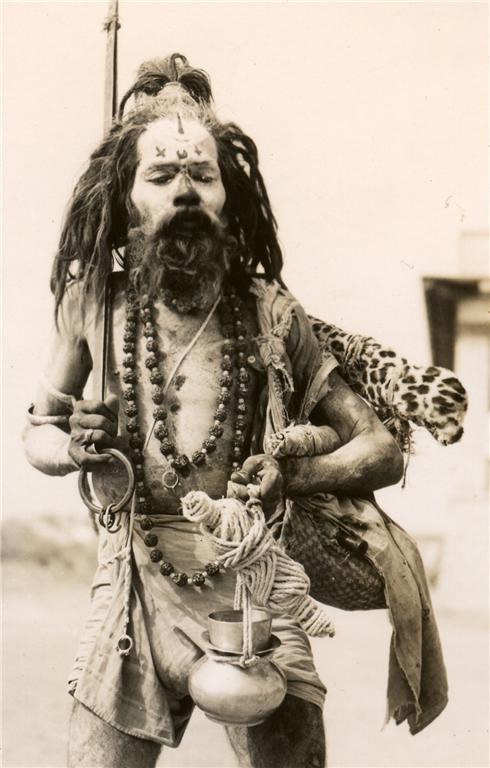 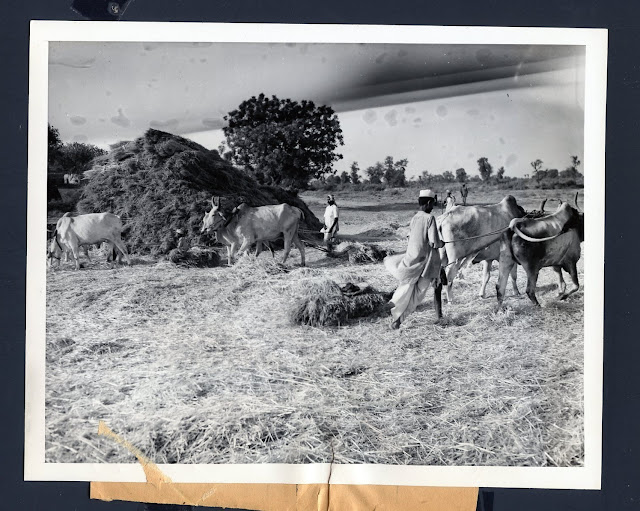 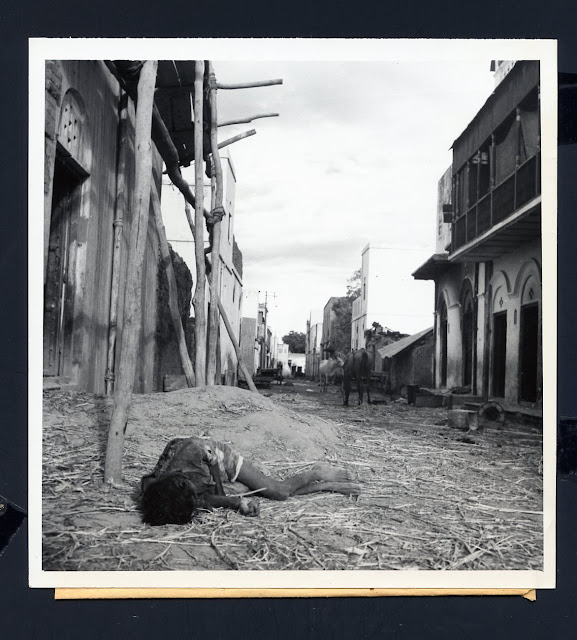 A member of India's Congress Party, wears a white Gandhi cap and a Khadi Jacket, popularized by Nehru - 1946

Typical Indian Farmer with his Plough - 1946 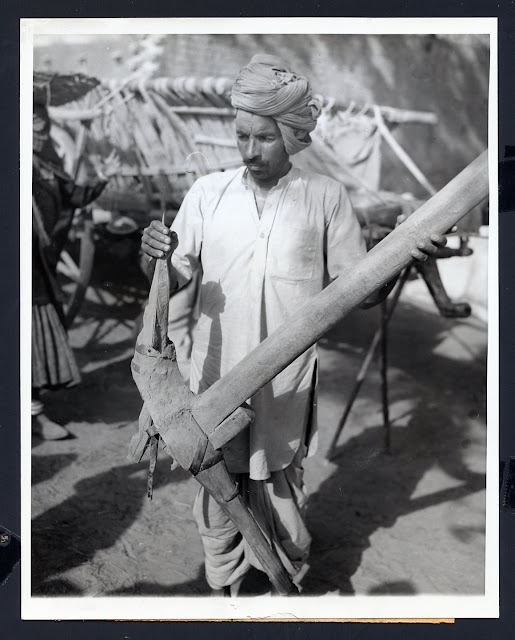 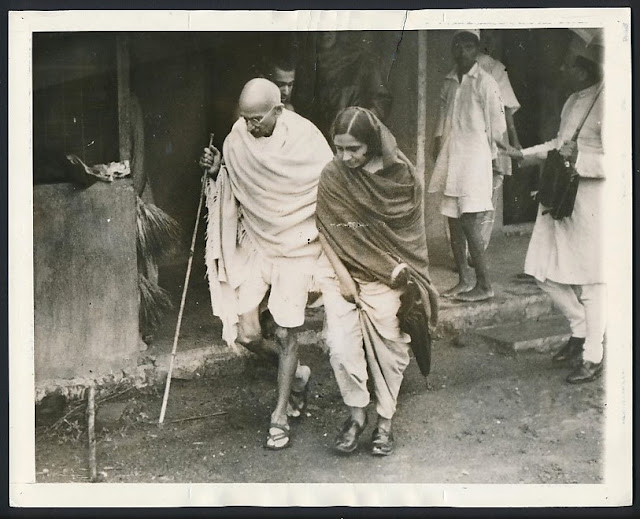 Gandhi Challenges the British
Gandhi clad in Indian Pants and wearing a woolen shawl walks to his home supported by a bamboo staff and a woman congress-worker. The latter is Mridula Sarabhai, daughter of a wealthy cotton mill owner. 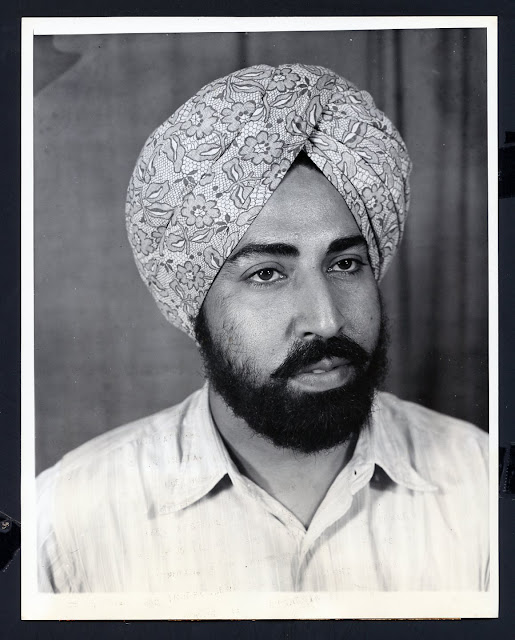 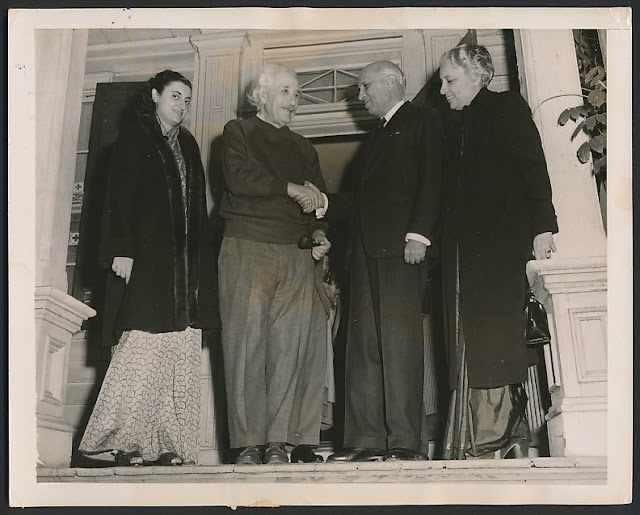 A Vintage 1949 ORIGINAL Photograph issued by International News Photos depicting the legendary physicist, Albert Einstein and India's Prime Minister Jawaharlal Nehru. In this shot captured by photographer Sam Goldstein, Nehru's relatives are meeting the father on the theory of relativity. 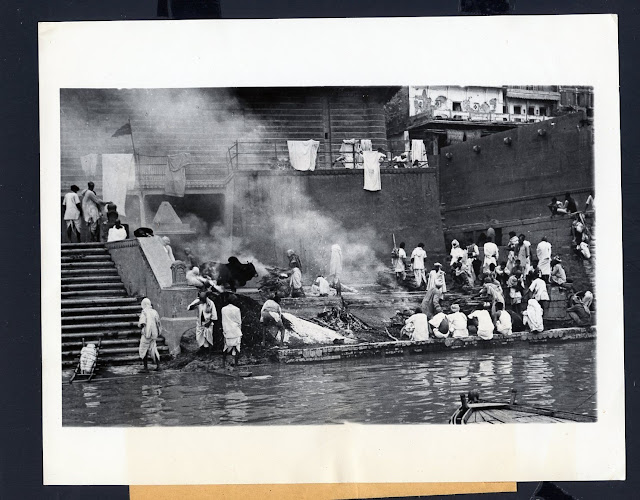 Portrait of an Untouchable Woman of India - 1946 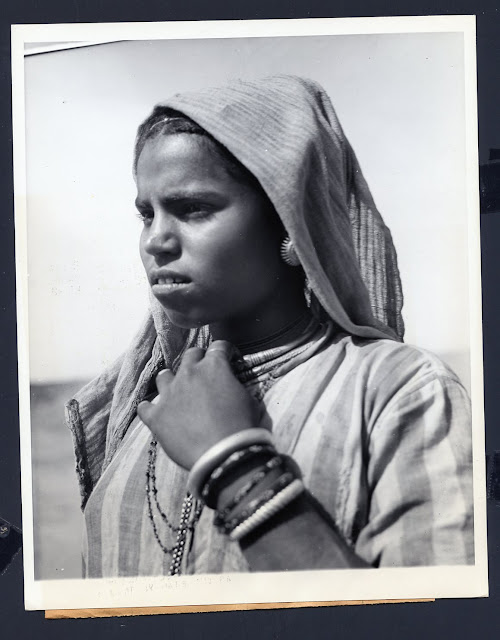 The Heavily Guarded and screened main gate of the Nizam of Hyderabad's Palace in Hyderabad, India - 1949


The Heavily Guarded and screened main gate of the Nizam of Hyderabad's Palace in Hyderabad, India. Very few have peeped inside. Although he is still the nominal head of the state, the Nizam reputed the World's richest man, the de facto rular is Maj. Gen. J.M.Chaudhuri, the military governor. 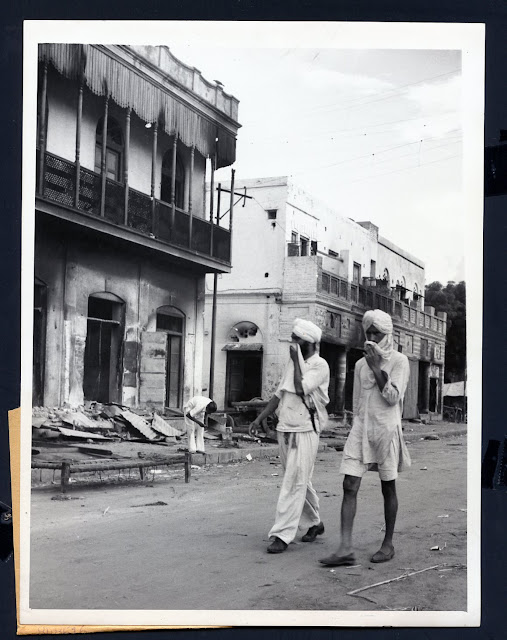 Two natives hold part of their clothing over their noses as they walk thrugh the Prahagang section of New Delhi after rioting between the Moslems and Hindus had subsided. Deaths in the Delhi area were placed roughly at 1,000. A charred building may be seen at left. This photo was made by Bert Brandt, Acme Staff photographer who is making a roung-the-world trip via Pan-American Airways. 9.23.1947

Indian Groom of the Untouchables Caste, Wearing Ornate Headdress, with Members of His Family, Returning Home from His wedding in a Cart - Bhagur India 1946 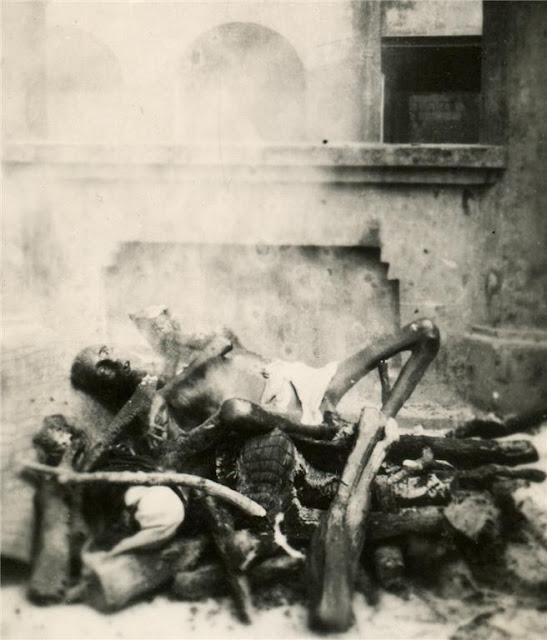 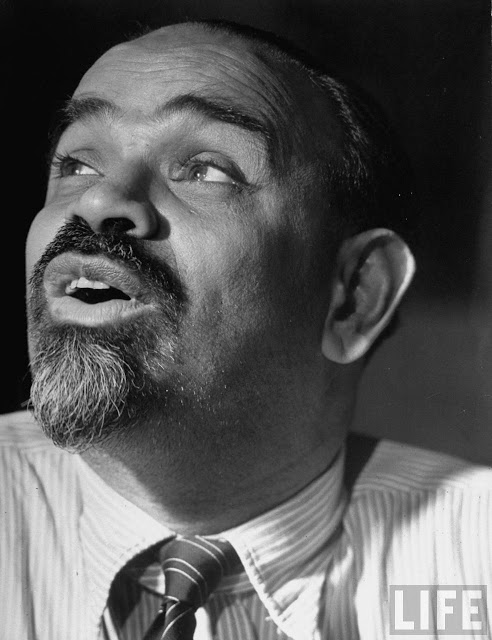 Sardar Kavalam Madhava Panikkar (or K. M. Panikkar) (June 3, 1895[1] – December 10, 1963) was an Indian scholar, journalist, historian, administrator and diplomat. He was born to Puthillathu Parameswaran Namboodiri and Chalayil Kunjikutti Kunjamma in the Kingdom of Travancore, then a princely state in the British Indian Empire on June 3,1895.

After India gained its independence, he was entrusted with greater responsibilities as ambassador to China (1948–52), Egypt (1952–53), and France (1956–59). He was a member of the States Reorganisation Commission.Regarding State Reorganization K.M Panicker said "The newly fashioned units,it is true, have a self conscious coherence, but they are willing, thus equipped, to work as parts of a whole that is India" Late in life, he returned to academia and was vice-chancellor of the University of Mysore until his death.

Indian Communist Party leader S. V. Perulekar speaking to a crowd of aborigines villagers of the Untouchables caste, while standing under a banyon tree - Zari India 1946 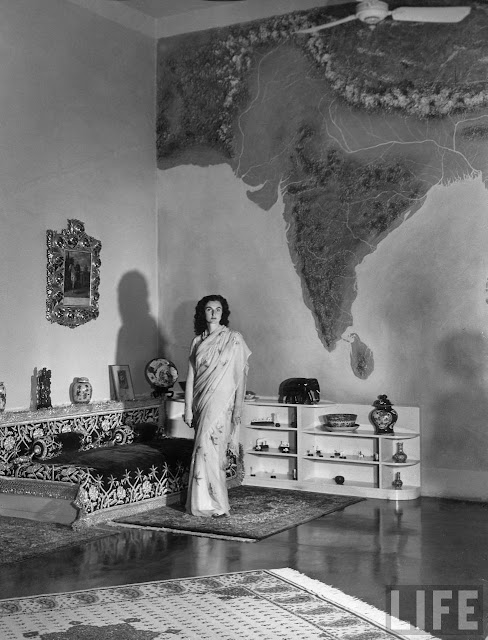 
Upon the family's exile to France in 1924, she was sought by the Shah of Persia and King Fuad I of Egypt as a bride for their respective heirs, Mohammed Reza Pahlavi and Farouk, and by Prince Azam Jah (1907–1970), the eldest son and heir of the last Nizam of Hyderabad State, Osman Ali Khan, Asif Jah VII, whom she married in Nice, France, on 12 November 1931. Her first cousin Princess Niloufer, was married to Prince Moazzam Jah, the second son of the Nizam.
Know more about her in Wikipedia